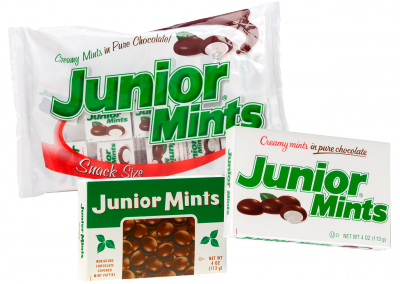 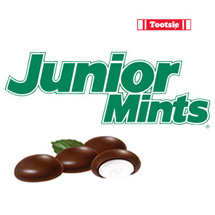 When your sweet tooth demands both the rich taste of dark chocolate and the cool, fresh flavor of peppermint, there's no need to choose: reach for Junior Mints, America's favorite chocolate covered creamy mint since its introduction in 1949.

Named after a popular Broadway show of the time, Junior Miss, the pure chocolate-covered candy has been both a movie theater and at-home entertainment favorite. It even played an integral role in a classic Seinfeld episode storyline (a Junior Mint was dropped into the abdominal cavity of a surgery patient who later miraculously recovered).

The History of Junior Mints:

Since joining the Tootsie family in 1993, Junior Mints has continued to thrive as an American candy favorite. Today, Tootsie produces more than 15 million Junior Mints a day, all from its original Cambridge, Massachusetts plant.

Egg and Milk May Be Present. 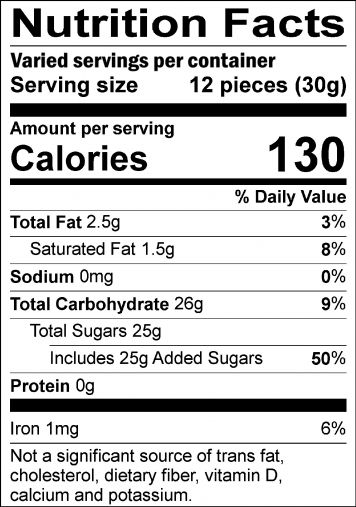 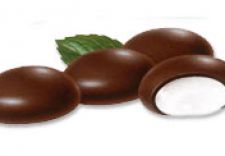